DIANA, PRINCESS OF Wales would have been a grandmother at 52, if she were alive today.

Diana, born 1st July 1961, would have made a perfect picture with her first grandson Prince George, born 22nd July 2013 to her first-born Prince William and wife Catherine, Duchess of Cambridge.

Come 29th July 2013 would have marked her 32nd wedding anniversary to Prince Charles had they not divorced on 28th August 1996 (after four years of separation).

As the world rejoice the birth of a prince who is third in line to the British throne, I also reflect on the princess who made that possible.

The “famous kiss” on the balcony of Buckingham Palace, first between Prince Charles and Diana in 29 July1981 (picture scanned from my scrapbook); later between Prince William and Kate on 29 April 2011 (picture captured from my TV set, yes, I still own a TV which has a box attached to the back when everyone else is into flatscreen!). 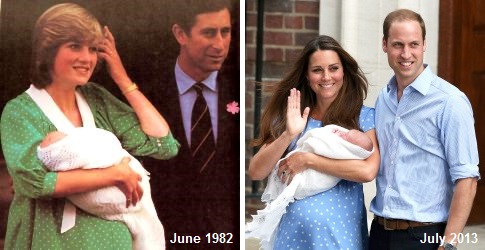 I used to be an ardent admirer of Princess Diana, and had a small collection of books, magazines, postcards and newspaper cuttings on her.

My first two books on Diana, the left was a gift from a classmate Chin SC in 1984. 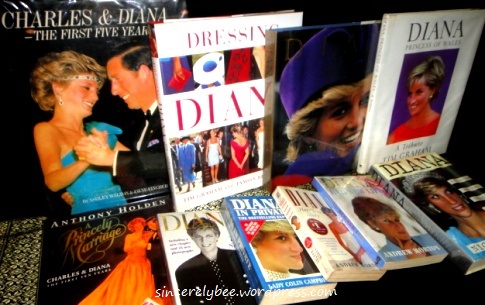 Part of my magazines collection.

My scrapbook on Princess Diana, and postcards collection.

2 thoughts on “Diana the Grandmother”