IN 1992, THE nation got its eighth university. Universiti Malaysia Sarawak (Unimas) was incorporated in December 1992 and had its first intake in 1993. Unimas is located in Kota Samarahan, Kuching.

The Star article, 29 October 1992, page 2… I was there the day Universiti Sarawak Malaysia got its name, announced by the Education Minister on 28 October 1992.

Today there are 20 public universities with at least one in each of the 13 states and Federal Territory of Kuala Lumpur. The country’s premier university is Universiti Malaya, founded in 1905. 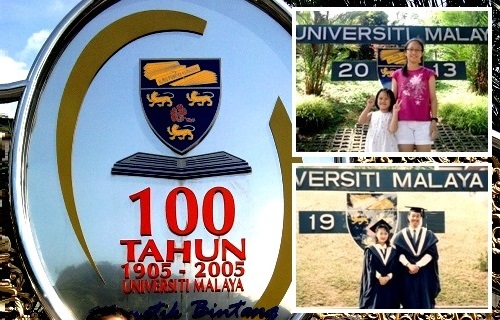 UM celebrated its 100th anniversary in 2005. Recently (25 May 2013) we took the girls to the spot their parents stood last century!