WE MADE A day trip to Macau back in September 2010. While we had been to Macau on numerous occasions, this was our first family trip there as well as Little Em’s first trip out of Hong Kong where she was born. The hour-long ferry journey from HK to Macau was also Em’s first ferry ride. 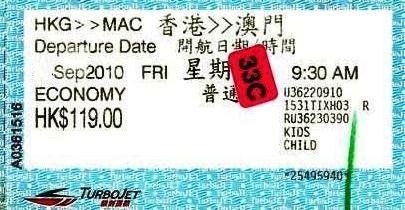 Our first stop was Kun Iam Temple, one of the most active Buddhist temples in Macau. We went on to visit Lou Lim Ioc Garden, the only Chinese-style garden in Macau, the must-see St. Paul’s Ruins, Church of St. Dominic and the Museum of the Holy House of Mercy on Senado Square, and A Ma temple. We went up to Penha Hill for a panoramic view of Macau city. We ended our trip at The Venetian where it is perpetually day time, and headed home in the evening.

Around the terraced gardens of Kun Iam Temple… (Top, R) Standing next to a historic site/relic – the stone table at the back of the temple, on which the first Sino-US trade and friendship treaty was signed in 1844.

Lou Lim Ioc Garden, a former private property that was presented to the government and turned into a public park. It is the only Chinese-style garden in Macau, specifically classic Suzhou style. Beautiful landscaping with zigzag bridges over a lotus pond, lush greenery and interesting rock formations make it a gem in the city.

Historic buildings on Senado Square include St. Dominic’s Church, the oldest church in Macau built in the 1550s with yellow façade and green doors and windows (L) and Museum of the Holy House of Mercy housed in a white building that was built in 1569 (R).

Mid-autumn festivities in the air at Senado Square.

(L) Hubby showed the girls the building that previously housed the Portuguese Institute of the Orient (IPOR) where he spent one summer doing Portuguese language in the 90s; (R) In front of A Ma Temple, the oldest temple in Macau completed in 1488.

(L) M next to a stone marker near A Ma Temple, that marks where the sea was before the land reclamation; (R) Inside A Ma Temple. 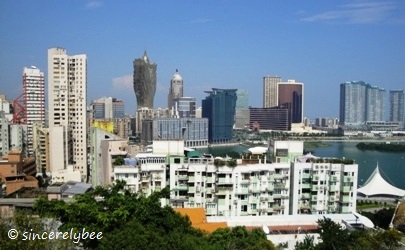 Lovely view of the central area of Macau from Penha Hill, a popular tourist spot.

On Penha Hill with Macau Tower in the background.

The sisters in Macau.

A DAY PRIOR to is world premier, a VIP premier was held on 16th September 2010 in City of Dreams, Macau.

Its promotional brochure stated: “After 5 years in development and HK$2 billion spent to create and produce “The House of Dancing Water”, the world’s newest most spectacular extravaganza, will premier on September 17 at City if Dreams, Macau.

“The House of Dancing Water” is uniquely created for City of Dreams by Franco Dragone, the world’s most spectacular showmaker whose shows have been seen by over 65 million spectators worldwide.

The show will be housed in a purpose-built theatre designed with many breakthroughs including a stage pool that holds a record-breaking 3.7 million gallons of water, equivalent to 5 Olympic-sized swimming pools. This state-of-the-art theatre will provide the setting for the birth of an epic love story and spectacular journey through time, showcasing dazzling costumes, special effects and record breaking acts never seen before in a theatre.

The show is a must-see experience you’ll want to relive over and over again. Be sure to catch it, only at City of Dreams, Macau.”

View from the hotel.

We had been to Macau on a few occasions. During this trip, I made an acquaintance in the wife of hubby’s colleague. They were based in Guangzhou at that time, we were in Hong Kong. She was a very sweet and soft-spoken lady. Her smiles revealed a perfect set of teeth. Little wonder, for she was a dentist.

That was the first and last time I saw her. One day in April 2011, I came across her obituary in the newspaper. She was only 48. She left behind two young children.

I had no idea at all, though we had kept in touch via emails after that meeting in Macau. When she left Guangzhou for home, she wrote and provided me her local number. I was to call her, but sadly I never did.

I looked back at some of our email correspondences, perhaps she gave some indication… alas, I will never know. 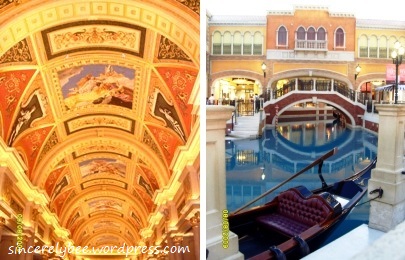 Inside the Venetian Macao where it always appear day time! 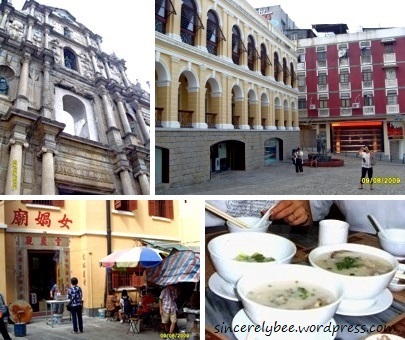 Around St. Paul’s Ruins and Senado Square, where we finally found the time to look up the noodles/porridge shop called “Wong Chi Kei” said to have been frequented by Chris Patten, HK’s 28th and last Governor.

My first and last meeting with Faustina over dim sum.

EVERY MAY, MACAU holds an arts festival that brings a series of cultural activities to showcase and promote both local and foreign talents in theatre, dance, music and arts.

We had the opportunity to attend the 21st Macau Arts Festival on 28th May 2010. That year, our trip included a visit to the Macau Museum to view the exhibition of “Traveller’s Home: Master Works by George Chinnery”. Chinnery was a British painter who made Macau his base in 1825 until his death in 1852.

In Macau Museum for the exhibition of “Traveller’s Home: Master Works by George Chinnery”.

We also visited Mandarin’s House, the ancestral home of prominent Chinese literary figure Zheng Guanying and his descendents. It is believed to have been built before the year 1869 (at least 141 years old at the time of our visit). At 4,000 sqm, it is said to be the largest private residence in Macau. Over time, lack of conservation and maintenance and even fire were said to have caused significant damage to the property. In 2001, the Macao government got proprietorship of the residence and began restoration works. (Source: http://www.wh.mo/mandarinhouse/en/)

Today, Mandarin’s House is included in the UNESCO World Heritage list that makes up Historic Centre of Macau.

At the Mandarin’s House, we were led through its Moon Gate, walked a longish path called the Sedan Way, towards the Ronglu Hallway. We toured the interior of the two-storey building, and its exterior, including the main garden and front courtyard. It was pointed out that the entrances of the house in the compound all face the northeast. Our attention was also directed to the home’s decorative motifs, predominantly Chinese in style infused with western influences.

After dinner, we headed to Macau Cultural Centre’s Grand Auditorium where we were dazzled by Ballet Rakatan, a two-hour performance of jazz, mambo, bolero, cha-cha, rumba and salsa lively dance and music that showcased Cuban culture and passion. This Sadler’s Wells & Congas Productions won the Five Stars Award for its performance at the Edinburgh Festival in 2006.

The annual Macau Arts Festival is organised by the Cultural Affairs Bureau of the Macau SAR Government.

The year before, we also managed to catch part of the programme of the 20th Macau Arts Festival on 3rd May 2009. We saw the artworks of two artists at their studios.

That evening we caught an opera by Macau-born composer Lam Bun-Ching at the Dom Pedro V Theatre. Titled “Wenji: Eighteen Songs of a Nomad Flute”, this contemporary chamber opera (written to be performed with a chamber ensemble rather than a full orchestra) which incorporated traditional Chinese opera with western music, is based on a true story of a poet/musician Cai Wenji from the Han Dynasty.

ON THIS DATE in 2010, our ladies’ activity for the month of May took us to Macau to visit the Macau Museum and St. Paul’s Ruins.

The highlight of the trip was the visit to the Portuguese CG’s Residence. The CG spouse Mrs. Carvalho hosted lunch which was graced by Macau CE’s wife Mrs. Winnie Chui.

We were given a tour of the colonial style residence which was formerly the Bela Vista Hotel back in 1890. The stately landmark on Penha Hill was originally built as a villa for a British captain in 1870 before it was turned into a hotel.